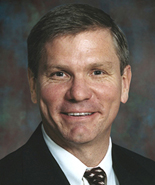 Most recently, Winship was vice president of Strategy and New Business Growth, where he led the sector’s strategic development initiatives. Prior to that, he was vice president of Advanced Air Warfare Development, responsible for enterprisewide strategic integration and pursuit of new opportunities in the former Strategic Systems division portfolio.

Winship earned a bachelor’s degree in aerospace engineering from San Diego State University and was a naval aviator. His engineering honors include Employee of the Year for the F-22 program (1994); “Gold Skunk” Award for Leadership (1999); Lockheed Martin Aerostar Award for Leadership (2001); Teamwork (2002); and the American Institute of Aeronautics and Astronautics Engineer of the Year
(2002).