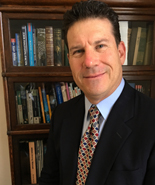 Feiner began his career as the facility manager at SDSU's Open Air Theater while studying mechanical engineering at SDSU and later served as a student engineer at San Diego Gas & Electric. After graduating from SDSU in 1993 with a degree in mechanical engineering, he was recruited by Parsons Main in Boston, Mass. In 1995, he relocated back to California to work with San Diego Gas & Electric managing energy efficiency retrofit projects in commercial buildings.

In 1998, Feiner transferred to the non-utility side of newly formed Sempra Energy as a project engineer and has worked on a number of assignments with increasing responsibility including combined-cycle and photovoltaic power plants, transmission projects, process engineering and the LNG projects.

Feiner is a registered Professional Engineer in California and currently serves on the SDSU Mechanical Engineering Advisory Board. He and his wife Victoria reside in San Diego.